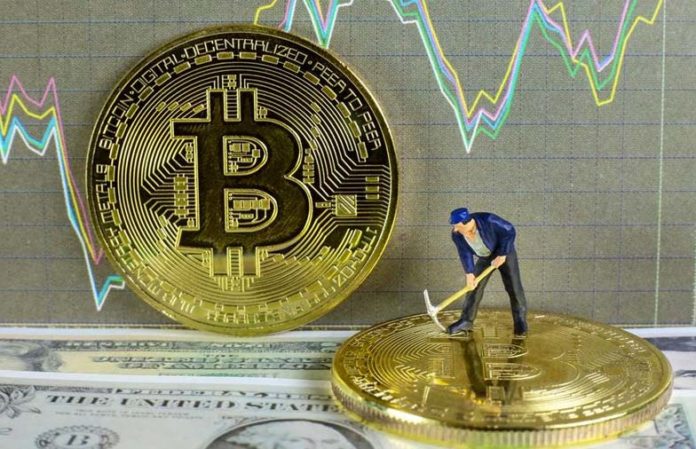 There is no denying the fact that we are headed towards a decentralized community. Countries all over the world are starting to take notice of the possibilities that digital currencies can offer. The humble begins of the Bitcoin may have started off as a means to transfer funds peer-to-peer while cutting out the middleman.

But today, it is a beast unto itself. All sort of companies is starting up different coins that could become a rival to the ever popular Bitcoin. The question is though, which of these coins will hold out and be worth anything in 2020?

In two short years, a lot can happen. Companies can rise and fall. People could be dealing with a whole new financial institution. What seems like science fiction will become a reality someday. It may not be in two years that we see the fall of the current economic system, but its coming. The technology is there but predicting which companies are worth investing in right now is the tricky part.

Predicting The Digital Currency Dominance For 2020

The list below is the top 10 leading cryptocurrencies. While this list is by no means the best to worst or vice-versa, the coins listed are the companies that are worth keeping a keen eye on in the next two years.

It is very likely that QASH will be the leading platform for the retail and institutional investors by 2020. In two years, QASH LIQUID could allow transactions to take place all over the world thanks to the World Book that will aggregate all exchanges around the globe into a unified trading system. If executed properly, LIQUID will pave the way for local fiat currencies to be moot.

LIQUID's platform is already positioned and capable of handling the bank-level transaction by processing millions of orders every second. At this rate, there is no doubt that in the next two years, QASH will be at the top of this list for coins that dominate 2020.

There are plans to tokenize financial securities such as stocks and bonds along with several real-world assets like real estates and art. While a tokenized security does offer several benefits, the ability to do so right now isn't quite there. But it two years it very well could be.

However, tZERO has to win the tokenized security space for them to be massive. Right now, the team of tZERO consists of the CEO of Overstock, Patrick Bryne along with Joe Cammarate who helped pioneer NASDAQ, Brock Pierce Founder of EOS, and Anthony Di Lorio Co-founded Ethereum and CEO of Jaxx, Peter Diamandis, chairman of X Prize Foundation and NY Times bestselling author. Each person on this team brings to the table unique traits that could position tZERO to become the NYSE for digital assets.

Regarding market cap, chances are Bitcoin will be in the lead by a wide margin come 2020 despite it losing its market dominance. Since 2013, Bitcoin has been slowly declining. So what exactly will help drive BTC's value? Institutional money, with an increase of adoption by Lightning Network, along with the possibility for a global crisis will help secure BTC's holding.

Of course, it helps to have the CBOE pushing for the re-evaluation of the Bitcoin ETF proposal by the SEC. There is uncertainty looming on the horizon about a financial meltdown. If the collapse does happen, Bitcoin is in a position to pick up the slack. Although the Lightning Network is nowhere ready for mainstream, a lot can happen in 2 years.

If by happenchance another global financial crisis ensues, the event could trigger the shift to cryptocurrency with Bitcoin placed in the perfect position to gain the highest percentage of capital.

What About Bitcoin Cash?

When Bitcoin made the hard split and created, Bitcoin Cash to pick up the slack, Bitcoin Cash went in a new direction from its parent company. The trajectory for Bitcoin Cash regarding scalability compared to Bitcoin is heading into new territory. Right now, neither one of them has enough data to suggest one will outperform the other.

Although BCH is looking to win with the merchant payment space, it is clear that Lightning Network will eventually dominate the area within the next two years. On the other hand, if you are looking at long-term strategies, BCH's “big block” strategy doesn't provide the best solution for maintaining a decentralized system or censorship. For these reasons, Bitcoin Cash has positioned itself in a peculiar situation with the possibility of losing market cap and dropping out of the top 10.

Even with its massive lead over other competitors regarding the network effect, Ethereum is having issues handling the transaction load which is critical for running DAPPs.

While there are serious shifts taking place within the Ethereum space, only time will tell if their upgrade to Casper and Sharding will have any effect on the system. According to the Co-Founder, Ethereum is testing the shards and will be implementing proof-of-work to help to handle their scalability issues in the coming months.

If Ethereum can get their scalability issues under control before EOS and other competitors, then they have a shot at holding their place. Only time will tell if their new system will help boost their platform.

Now, when it comes to financial institutions, two main hitters could slip into the arena. The first, Ripple, and the second Stellar Lumens (XLM). As long as Stellar Lumens continues to work on its ecosystem and expand its holding in the financial space, it could outshine Ripple's market cap by 2020.

Considered the “little brother” of Bitcoin, Litecoin's destiny is somewhat tied to Bitcoin thanks to the shared code it has with Bitcoin. With Litecoin presenting itself as the ‘silver' to Bitcoin's ‘gold' it will be about to share the network load and by entirely interchangeable with BTC on the Lightning Network.

If there were one coin to hold for the next two years, NEO would be it. Not only does NEO have a dedicated fan base and community, but it also has a layer-2 scaling solution. With Trinity being built, several ICOs will add and improve the already robust ecosystem that is NEO. Plus, NEO is acceptable to the Chinese government.

While NEO maybe is staying centralized for now, it is only a matter of time before the system is mature enough to be released into the world. Even though NEO is censorable and centralized, one has to understand that is the Chinese culture. But NEO is proving that staying the way they are has its benefits, and that centralization is becoming far more efficient in specific instances.

Due to the tension between China and the United States, it is very possible thati Chna may go all in on cryptocurrencies. Don't be surprised in the next two years to see a state-sponsored digital currency in China. All in all, the NEO is positioned perfectly to be the country's public infrastructure should things go south with the United States. Even if China comes out with a central bank digital currency, it will only add more value to the already lucrative NEO.

The ambitions of WaltonChain are why it has made this list of top 10 coins that will dominate in 2020. Unlike other supply chain coins, WaltonChain is striving to build an all-inclusive, enterprise-level Iot solution. If and when WTC solves the issue of incorporating tangible goods onto the blockchain using RFID technology, WTC will be ahead of the game on so many levels.

WTC announced their “child chain” projects which manage the shipping and logistics in several sectors in China. If these projects continue to be successful, then it will just be a matter of time before WTC is incorporated into other cities and companies.

As far as predictions go, EOS is posed to be the go-to operating system for the west. It is possible within the next several years to see social media sites like Facebook, Twitter, and the pickup service Uber becoming decentralized. If that does happen, the system that will make it happen will be EOS.

If history has taught us anything, it is that things always shift and change. There is a high probability that the tokens on this list could fade into oblivion in the next two years, or they will push forward and dominate. Or even still, a new company could emerge in the vast sea of crypto and outshine, outperform, and out do all of the companies on this list. But by 2020 one thing is certain, digital currencies will still be around the only question is, which one will you be investing in?